As part of our topic and as an introduction to our next piece of writing, we participated in a drama technique known as a 'conscience alley.'   This task encouraged us to form an opinion based on a story or a situation.  Linked to our topic, Miss Rainey told us a short story about a young boy who had become seriously injured whilst working in a cotton factory.  His Mother was furious and demanded that the factory should pay for what they had done.  One child was selected to be the factory owner, whilst the other children had to form and present their opinions in an attempt to convince the factory owner to side with their views - should the factory close down as a result of the injured child or is the factory of benefit to the local area and the people who live there?

In Literacy, we have been exploring the art of Poetry writing.  Together, we have learned about many different poetic techniques that we can use when writing poetry to make it better.  To link this learning to our current topic of Victorians, Miss Rainey introduced us to a poem by Wes Magee called 'The Chimney Boy's Story.'  As a class, we analysed and annotated this famous poem and discussed the different devices used by the poet and their purpose.

In pairs, we planned and wrote our own poems based on gruesome Victorian jobs.  Initially, we researched different jobs which poor children were often forced to do. Using a circle map, we noted down any information which we thought could be of use during the writing process.  Then, using a sequencing map, we put our ideas into order. Using our planners and referring back to Magee's poem as a stimulus, we have written some very powerful poems which depict the desperate lives of working children.  You can read our poems on the display outside our classroom. 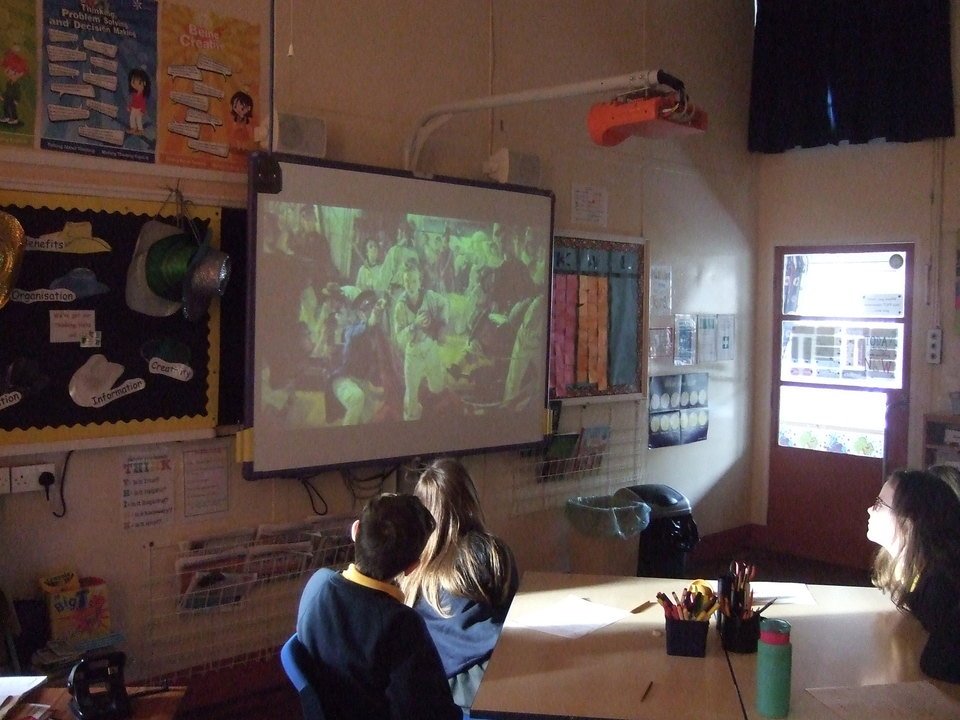 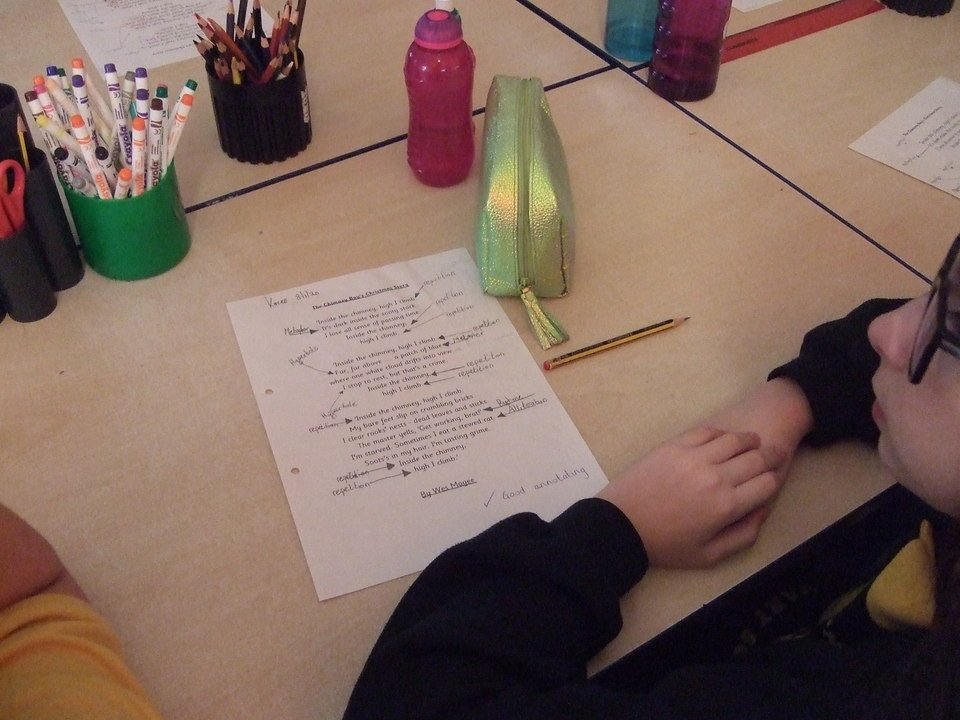 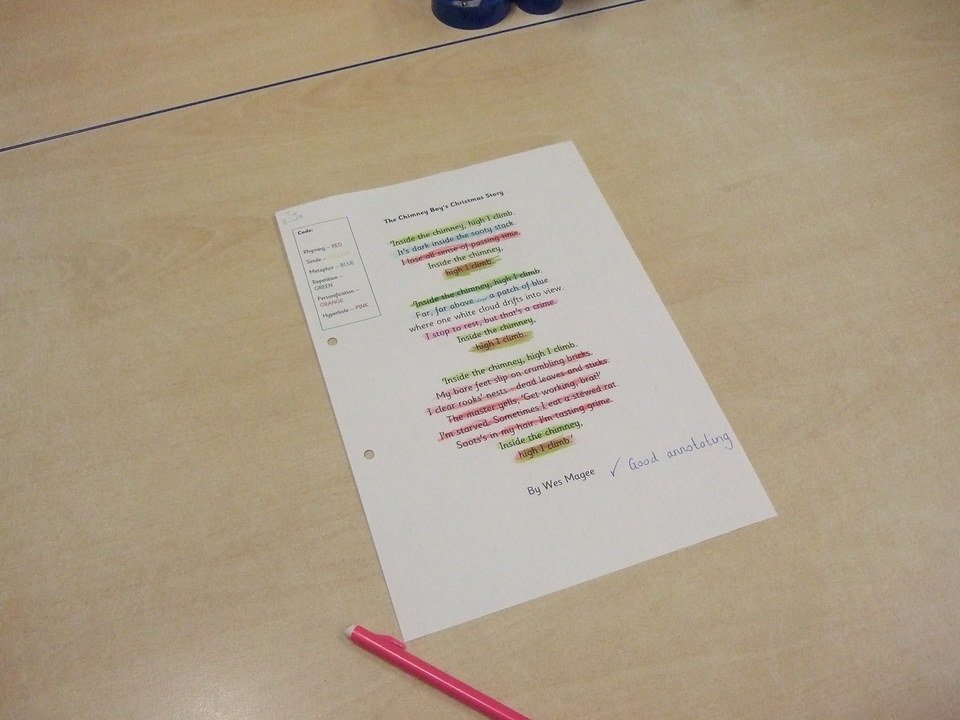 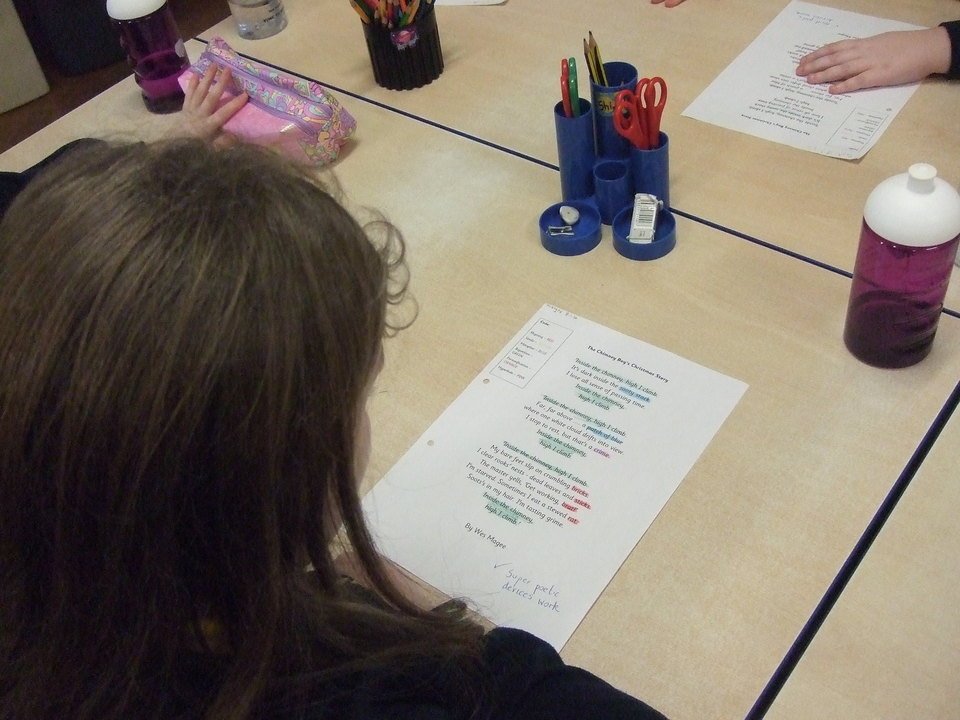 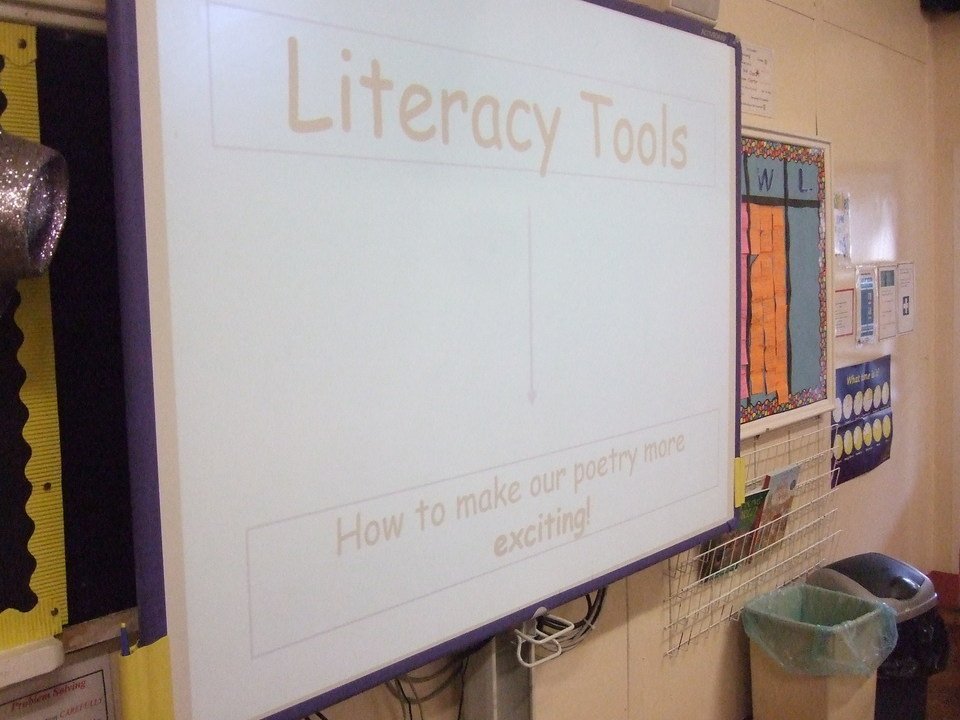 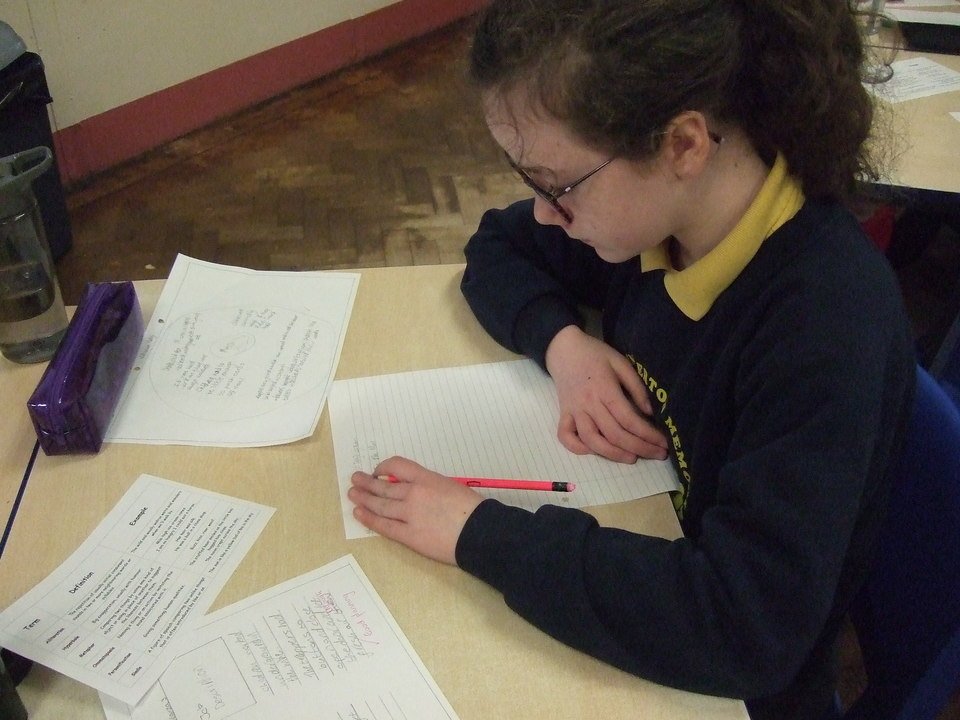 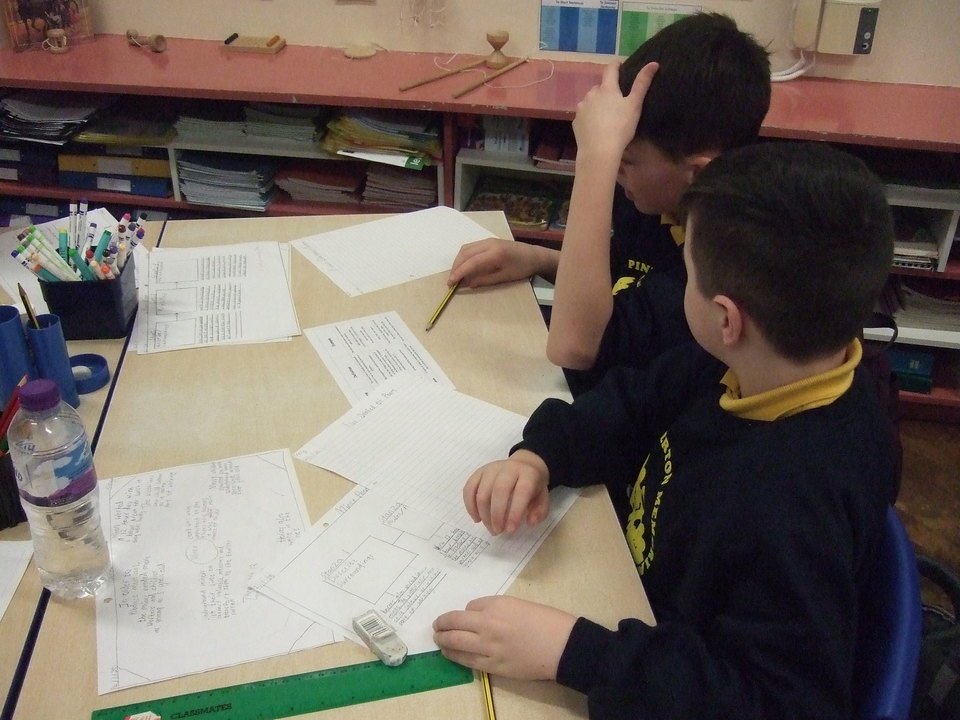 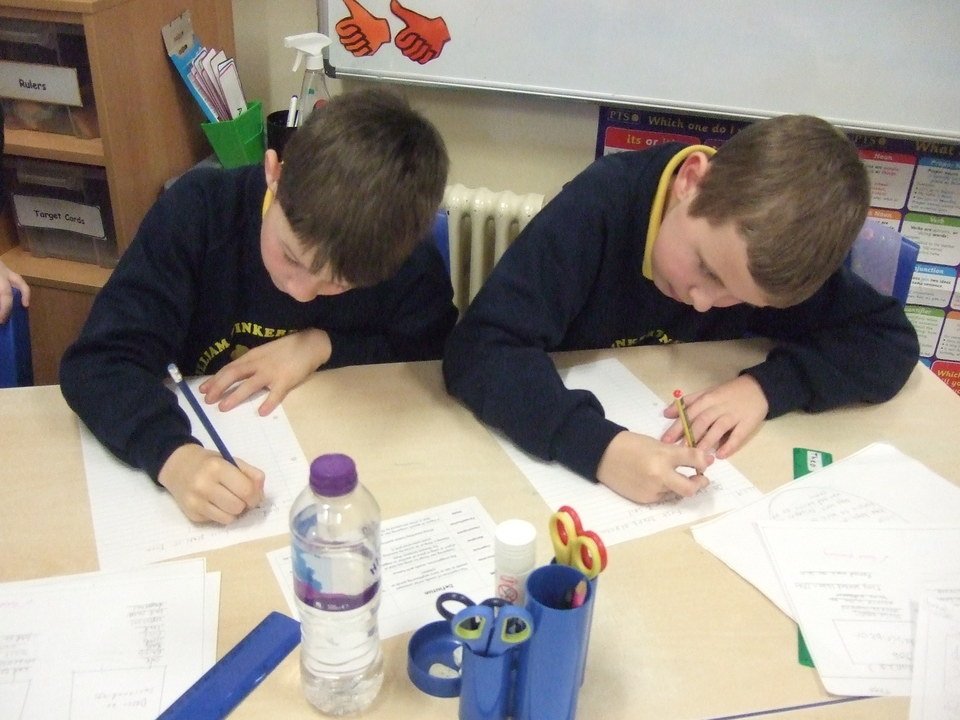 As part of our second topic, 'The Victorians,' we have been learning about the various jobs which children often had to do.  Most of these jobs were dirty, unpaid and very dangerous.  As part of our learning, we decided to debate whether or not child labour is wrong.  Miss Rainey split us into two groups and gave us time to consider and note down any valuable points in preparation for the debate. There were some excellent points made throughout - we could have debated all day!

Linked to our first topic of 'Diversity,' we have been planning a descriptive piece of writing entitled 'All About Me.'   During SPaG, we revised 'parts of speech' and it became evident that adjectives were going to play a key role in our descriptions.  We also learnt about a technique entitled 'adjective, same adjective' which we decided to include in our writing.

Initially, we used two different thinking maps including a bubble and sequencing map to help us to gather our thoughts and ideas. After, we took time to read different examples which Miss Rainey had written. Taking on the role of the teacher, we assessed our teacher's examples by discussing what was good and how it could be improved. Using our planning alongside our agreed success criteria, we wrote our first draft on paper and redrafted it on the computer.

Keep an eye out for our finished pieces which will be appearing on the noticeboard outside our classroom very soon... 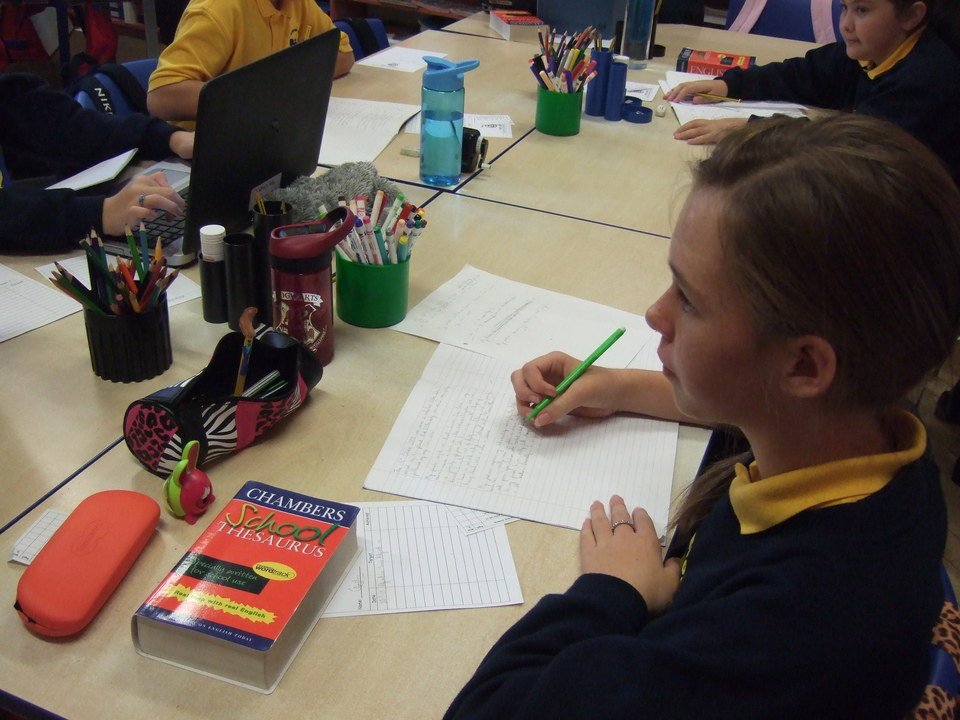 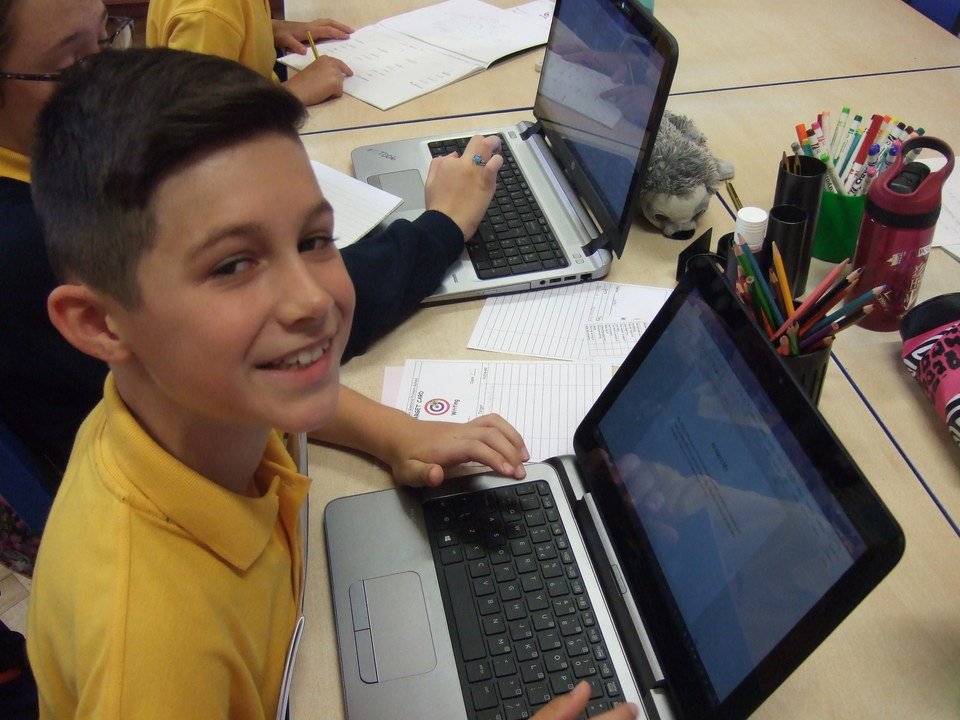 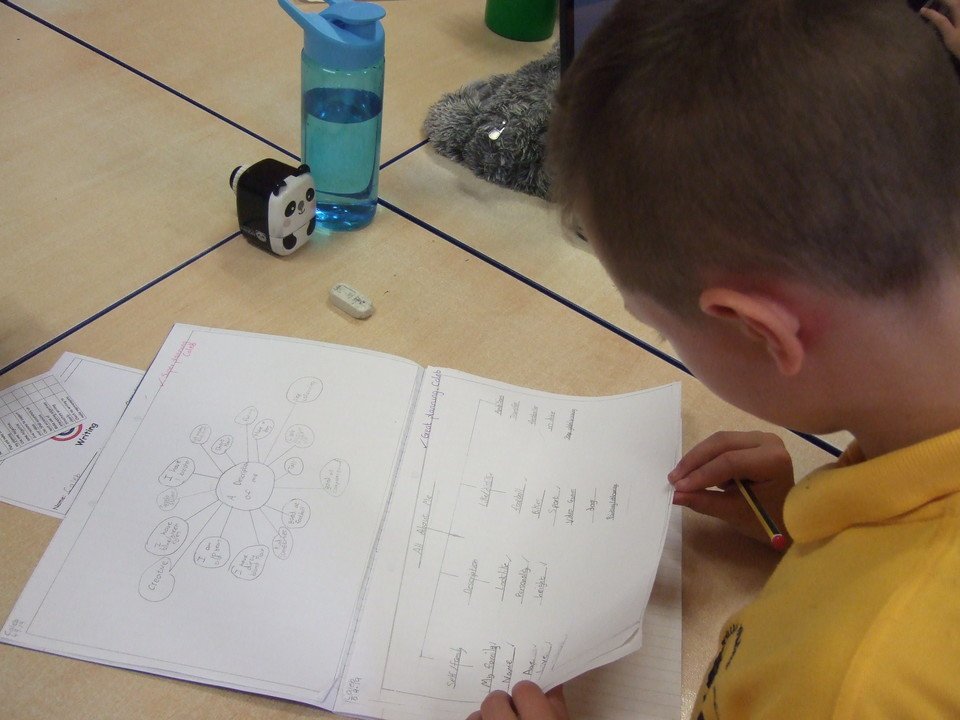 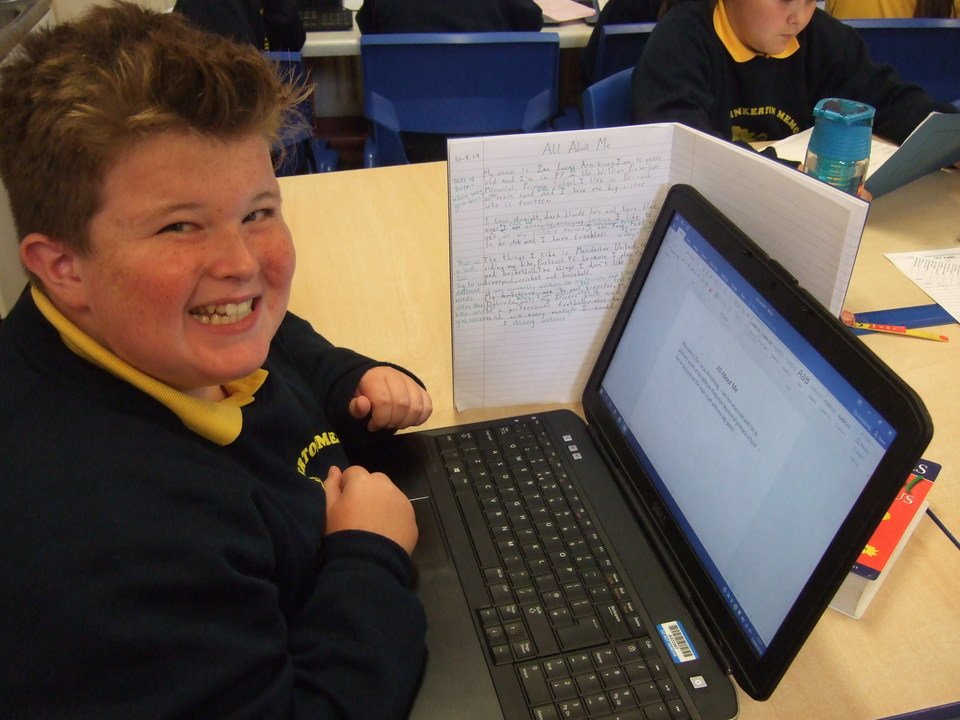 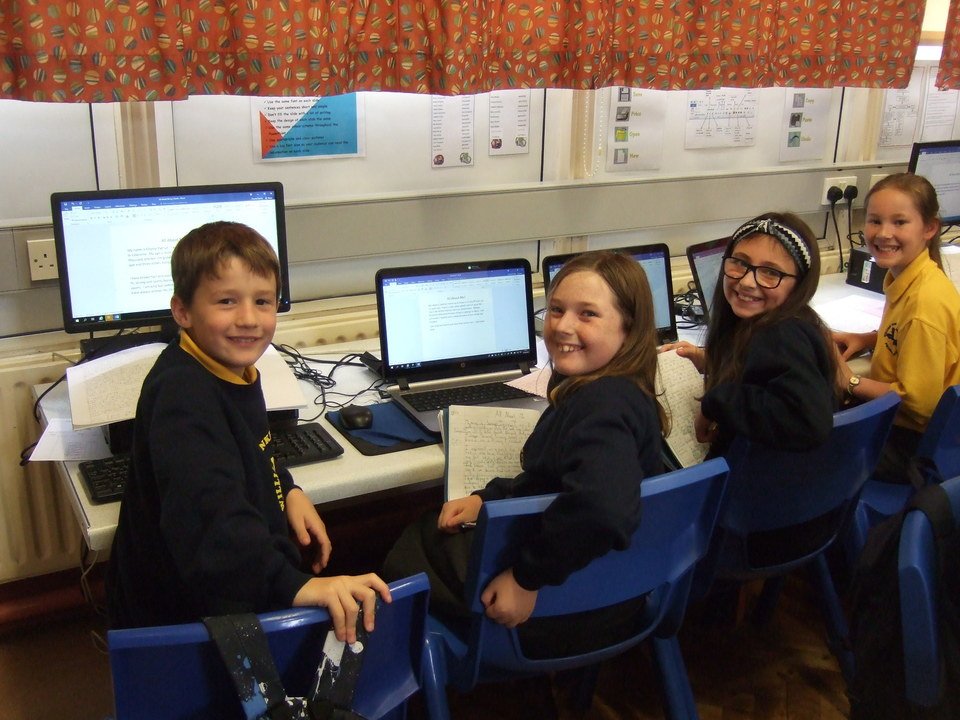 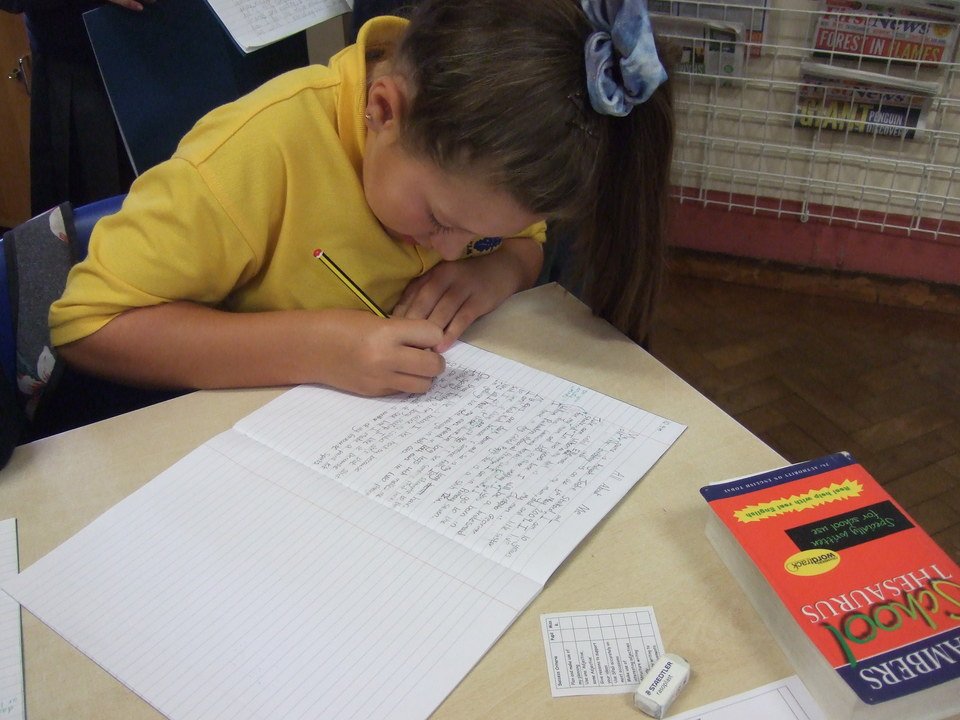 As part of our topic, we have been planning and writing a factual report based on a country of our choice. As a class, we looked at various reports on the board with our teacher discussing the layout and language.  Afterwards, we researched information about the country using computers and books noting anything of interest onto a circle map. Then, we sorted our information onto a tree map below four key headings.

In P6/7 we have been learning about using and writing play scripts.  Initially, we looked at examples of play scripts together and discussed the layout and the various features.

Following this, we got into groups and wrote a short script based on the well-known story 'Little Red Riding Hood.'  Each group performed their script for the class and we peer-assessed each performance.

In order to link this learning to our topic, Miss Rainey has challenged each of us to write a short script based on 'diversity.'  As a class, we watched some short video clips based on diversity in our communities. We have been using thinking maps to help us to plan our scripts. Miss Rainey is looking forward to reading our finished scripts!

Each week, we focus on a specific area of SPaG; developing our understanding of language is vital as it allows us to express ourselves creatively and confidently. Recently, we have been revising the basic parts of speech and learning about new writing techniques, such as 'adjective, same adjective' and '4A Sentences.'

At the end of every SPaG lesson, we write any new techniques we have learnt onto individual target cards. Miss Rainey encourages us to use our target cards when writing in order to help us to make our writing more engaging and exciting.